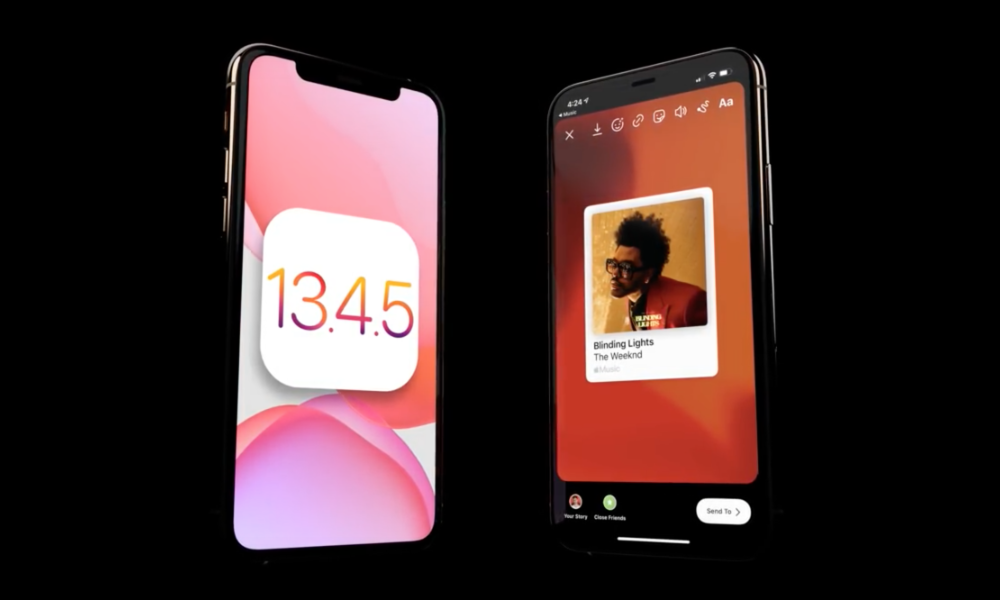 We heard a report yesterday that Apple was preparing its first beta release of iOS 13.4.1 to developers and public beta testers, and while it appears it’s already arrived more quickly than anticipated, it also seems that Apple has thrown us a bit of a curveball with this one.

Instead of calling it iOS 13.4.1, Apple has skipped over a whole slew of numbers and gone straight to iOS 13.4.5. We’re not sure what the reasons are for this leap, but it could be that Apple already ran through the other four internally without releasing developer betas, or it may still be planning to release iOS 13.4.1 directly to the public to fix one or two important outstanding bugs.

It’s also possible Apple wanted to skip a bit further ahead to distinguish this one as something more than just a minor bug fix release; while there’s definitely not enough in here to justify releasing it as iOS 13.5, it does appear to add a few other minor new features in addition to likely fixing a couple of important bugs, and it will probably become the iOS version that ships on Apple’s new “iPhone 9” later this month.

The update features the generic release notes that simply say “This beta version of iOS 13.4.5 contains bug fixes and improvements,” without really specifying what’s been fixed, but there’s reason to expect that it fixes the VPN bug that was revealed last week but has actually been around since iOS 13.3.1 was released a couple of months ago, as well as a known problem with Personal Hotspot connections.

Although Apple Music has had sharing features since almost its inception, these have generally been limited to sharing to places that support traditional links, like Messages, Mail, and normal Facebook and Twitter posts. Sharing to Instagram and Facebook Stories was previously only possible using third-party apps.